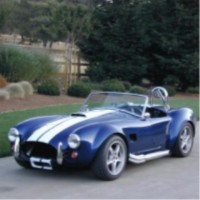 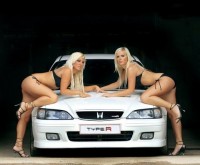 "We have a great history with quattro four-wheel drive, and this will be reflected by what we have in store for the Frankfurt motor show," a source said.
Despite issuing official sketches of the new car, details continue to remain scarce, but in a move aimed at reining in development costs and providing crucial economies of scale, Audi is thought to have held firm to its original plans to base the road-going production version of the well-received Quattro concept on a modified version of the MLB platform that underpins the A5.

However, while the earlier concept rode on a 2600mm wheelbase, the production car is likely to use a wheelbase similar to that of the existing A5, at 2810mm. The change will alter the Quattro's proportions slightly but, at the same time, provide it with added interior space.

The use of the longer wheelbase means the new car is also set to grow beyond the 4280mm of the earlier concept to somewhere around 4500mm in length, or just under 200mm less than the A5. Width and height are, however, likely to mirror the concept at 1860mm and 1330mm, respectively.

In place of the 408-hp turbocharged 2.5-liter, five-cylinder engine used in the earlier concept, Audi looks set to provide the production version of the Quattro with a heavily tuned version of its twin-turbocharged 4.0-liter V-8, complete with cylinder deactivation. Audi sources suggest power will rise to more than 600 hp -- 40 hp more than the recently introduced RS6 Avant, which uses the same powerplant.

Audi says the addition of a 170-hp electric motor will boost overall output of the new four-wheel-drive flagship to nearly 800 hp. Lithium ion batteries mounted low down in the floor of the trunk will be recharged with a plug, and electric energy will be recuperated on the run via braking.

The power will be channeled through a seven-speed dual-clutch gearbox with paddle shifters and, in keeping with tradition, a Torsen torque-sensing four-wheel-drive system with a sport differential offering torque vectoring to all four wheels.